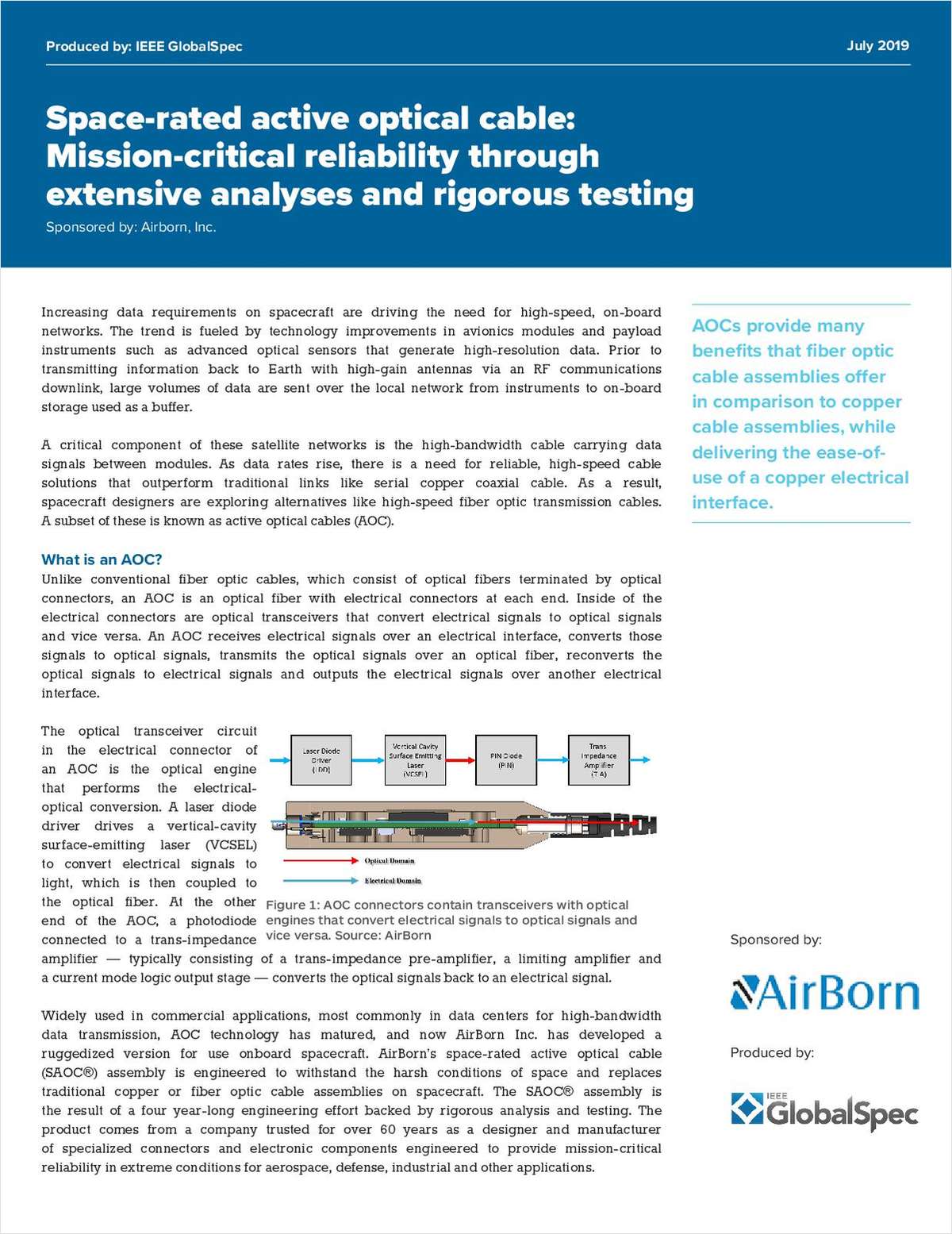 The first, space-rated, active optical cable solution that provides an attractive alternative to traditional fiber cable solutions and challenges for electronic interconnects in satellites and other space applications.

Increasing data requirements on satellites and spacecraft are driving the need for high-speed, on-board networks. The trend is fueled by technology improvements in avionics modules and payload instruments such as advanced optical sensors that generate high-resolution data. Prior to transmitting information back to Earth with high-gain antennas via an RF communications downlink, large volumes of data are sent over the local network from instruments to on-board storage used as a buffer.

A critical component of these satellite networks is the high-bandwidth cable carrying data signals between modules. As data rates and demands for more real-time transmission rise, there is a need for reliable, high-speed cable solutions that outperform traditional links like serial copper coaxial cable. As a result, spacecraft designers are exploring alternatives like high-speed fiber optic transmission cables.

The Space-rated Active Optical Cable is enabling technology which allows space application designers the benefits of fiber optic cabling with the ease of use of a traditional copper cable assembly. The Space-rated AOC saves development and build time, allowing designers to instead focus on their space mission.

Open Now
Hybrid IT and the 7 Major Challenges That Impede Digital...